September has been a busy month for Kickstarter campaigns so far.  With the Upstart line from Legendary pants having come and gone and some notable projects from Dice Envy, we still have some ongoing treasures out there to find in crowdfunding land.  Keep in mind that this is in no way a review or a comprehensive account of dicey goodness.  This is merely a test-run for an article highlighting the Kickstarter dice projects that are currently popular – or should be.  So if you enjoy this article, please let us know that you did so we’re aware that there’s interest in this sort of writing.

Q-Workshop has come to Kickstarter with some new designs in need of funding.  Among the designs are Wizard, Arcade, Halloween, Dragon Slayer, and Bloodsucker.  There are stretch goals unlocking different color options for each set, bags for the sets, and play mats.  There were steampunk dice rewards for day 1 backers, the complete set of which is now being offered as an add-on.  However, as of writing this post, there are only a couple of days left on this Kickstarter.  Please jump on fast if you’re interested in backing.

Diffusion Dice is a nebula-style translucent clear die with a drop of color distributed (or diffused) throughout.  The campaign started off with 8 based colors including Sea Foam, Elven Spirits, Storm Front, Wraith, Majesty, Fool’s Gold, Cherry Blossom, and Bloodstone.  There are stretch goals to go beyond that, some of which have already been unlocked.  In addition to dice and several options for dice add-ons, the campaign is offering T-Shirts (both r4i and Dice Maniacs Club) as well as dice boxes and towers from Adventure Guild, which also include engraving options with the r4i logo and the DMC logo.

Gate Keeper Games has unleashed a slew of new styles with Reality Shards, a five layer product based on previous halfsies’ color schemes.  The style follows a layered A-B-C-B-A pattern and features the GKG logo as the 20 on the d20.  Supernova die, on the other hand, are halfsies with a clear translucent stripe down the middle.  When the halfsies go “supernova,” they create a Neutron dice set for each color in the halfsies.  Neutron is a translucent clear with a stripe of color – sort of like a geometrically interesting take on the nebula style.  Finally, Inminity are 12mm pipped versions of the neutron and reality shard dice.  As if that wasn’t enough new terminology and dice to drool over, there’s also a lot of swag like pins, stickers, and Thinking Monk dice boxes.  At funding, the project unlocked two styles – Truth and Thought.  There are many more stretch goals for additional colors, almost all of which are styled after one of the first or second generation halfsies dice.  There are also a few new color combinations such as black/yellow and black/purple, coming soon to the halfsies line.

Dice Coins is a popular dice project that has been on Kickstarter multiple times previously with different styles and mintings.  The company produces metal coins that spin and can be used as dice.  There is an outer ring with numbers on each coin. When the user stops the spinning dice coin with a finger, the number to the left of the finger is the result.  The dice coins come in a variety of d20s, and new options are unlocking periodically for d4-d12.  There are also two specialty coins, a d3 cerebus and an alphabet book coin. 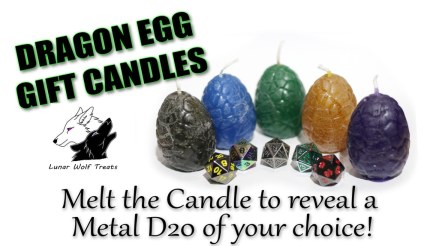 Lunar Wolf Treats launched a KS for dragon egg candles that burn to reveal d20 metal dice of your choosing.  Candles are scented but can be unscented upon request. Each candle matches up to a d20 that compliments its style, and rewards can get you a single, pair, or multiple dragon egg candles.  There’s a pledge level for a set of seven candles that reveal a complete metal RPG set.  Stretch goals include bonus “themes” of candle/dice pairings, but the 5k stretch goal (already unlocked) opened up gift box add-ons. 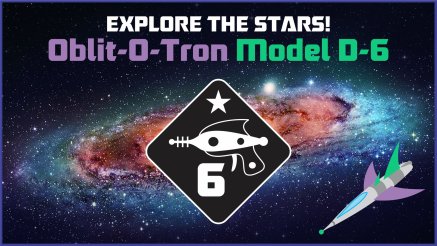 Black Oak Workshop has returned to KS with a set of retro laser gun d6’s.  The same art is on each face, accompanied by a number.  Black is currently the only unlocked, but the project is slowly approaching the green variety stretch goal.  The dice are sparkly, and a bag and RPG set are later stretch goals in addition to more color options.  Black Oak Workshop have previously brought Light Speed dice, Bullseye dice, and the asian Dragon set of red polyhedrals, just to name a few. 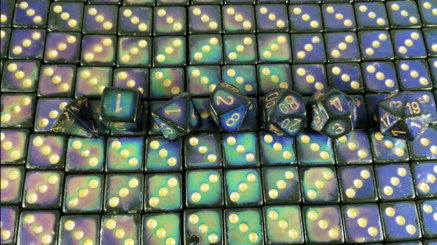 Trilania/Mad Designs has released a color changing mood dice that functions like a mood ring in color changing.  The dice come in a 7-piece standard polyhedral set, with or without a standing bag, and as a super extended set of 19.  The project also offers add-ons for individual dice in any of the standard RPG polys.  The delivery is a bit far off at September 2019, but is due to hand painting.  The dice themselves are darker colored but obviously shift depending on temperature. 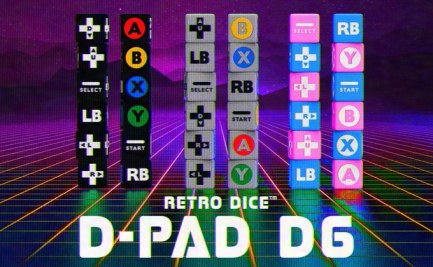 Currently in need of more backers to fund, the Retro Game D-Pad dice KS is a non-numbered set of dice with symbols from old school gaming controller.  The sets come in grey, black, and pink/blue.  The sides include the select, start, direction pad, and gaming buttons like A, B, X, Y.  The project previously was hoping to unlock an accompanying RPG called Bulletproof Heroes, but changed direction and decided to offer it outright as a PDF to all backers. 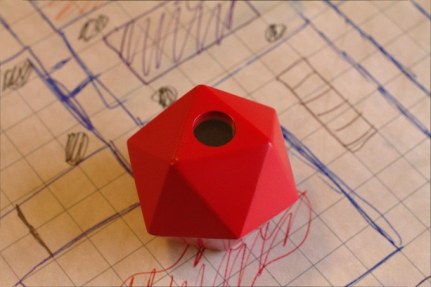 The Big 20 is a magic eight ball crossed with a dungeon master and a 90’s cell phone.  Or at least, that’s the description on the campaign page!  The Big 20 provides randomized results and can mimic any dice in a standard RPG set.  The project has big potential for visibility in gaming, but the funding goal is around 70k.  The Big 20 itself isn’t offered until the $60 pledge level, but there are also more affordable options with swag like drink cozies and enamel pins.

Those are some of the more popular dice projects.  We plan to only cover those projects that are quite popular or where the creator has reached out to the DMC.  If you wish to get your project here, please contact the Dice Maniacs Club – Fanpage.  Note that these are unpaid write-ups and are not reviews of the products, but rather an overview of what’s happening in dice crowdfunding!